Our latest flash fiction didn’t involve everyone in Sultry Scribes writing about surprise penises. We had to pick a headline from a magazine to write about, and I liked that one.

How to Deal with a Surprise Penis

“Oh! Is…is it…?” Tamara perched on the mattress, her feet tucked up near her bottom, her knees squashing her chest, and darted another glance at his…his…and tried to ignore the fluttering inside her tummy.

He seemed to make a sort of strangled sound.

Her eyes flew up. Oh goodness gracious, if she could just keep staring at his face, then everything would be alright. He―what did he say his name was? Michael?―had such a kind face. Since she had to have―she shuddered―a customer, she supposed she was lucky to have him. He had an easy grin, a few freckles sprinkled across his nose, and blue eyes that seemed to have a reassuring twinkle.

“Is it what?” His deep, gentle voice shook, but he tilted his head and gazed into her eyes, politely ignoring…well, the rest of her.

Oh my goodness! The bed creaked as he lay down on his back next to her, lazily stretching himself out. His eyebrow lifted in enquiry. And she wasn’t mistaken. There was that twinkle. But her eyes seemed to have a mind of their own, for they drifted down the length of his long, lithe, naked body. He rested his head in his laced fingers. His biceps bulged.

She forced her gaze away and stared at her toes peeking out from the bottom of the sheet she’d hastily wrapped around herself. It doesn’t matter what this man looks like. Close your eyes and think of…

But that picture of England’s green hills and valleys escaped her. Her eyes drifted again to that sprinkling of hair across his chest, then down to his defined abs, trim belly, and down to his…

He reached for her hand. Reluctantly, she let her fingers release the sheet she clutched to her chest. It fell to her knees, revealing her far too voluptuous breasts. Her mouth dried as she saw his gaze move down to her chest. She was too big, wasn’t she? Guys liked pert, perky little boobs, didn’t they? Not huge ones, like hers.

He twined his fingers with hers and rested their hands on his chest. His eyes―such kind eyes―flicked up to hers, waiting.

“Um…” she replied, feeling her face heat to a point when she could fry eggs on it, “is…is it supposed to have…you know…“

He shook his head. Such a handsome head. Curly, tobacco brown hair, lovely sensual lips that should be kissing some lucky lady―why on earth was he with her?―were at the moment twitching at the corners. “No, I don’t know, Tamara. You’ll have to tell me. Is it supposed to have what?”

She stared down at the part of his anatomy currently under discussion and gulped. Long seconds passed. Still he waited. He seemed to be almost―in pain? He was breathing hard. Goodness, she thought miserably, I’m so totally useless at this. Why were his lips sort of wobbling?

“Is…is your penis…supposed to have a bend in it?” she finally blurted.

He burst out laughing.

Our task? Close our eyes and pick two words from the dictionary. Three people, six words. Include three of those words in a story.

And here’s my story:

It hovered like a sickening cloud, waiting, wanting to strike me down.

My nemesis smiled at me with mocking pity. She could see that cloud of my defeat. Smell it.  She’d been waiting a long time for this moment. Her pale blue eyes shone with malice.

My heart thudded in my chest. My stomach knotted. Only my pride kept me still.

Wiping my sweating hands down my sides, I took a deep breath. Then flung back my shoulders. The crowd hushed and waited.

With clenched fists, I faced her. I would not bow my head to this woman. She would not be my master.

And so, with a smile every bit as taunting as her own, I returned her venom. I enjoyed her frown.

Those who thought to judge me stared. Doubt flooded their faces. So it should. They were wrong.

They tried again. Their heads leaned in, touched, whispered, nodded. Then he stood, the main one. Fixed me with his steely grey eyes. My enemy shuffled closer, to be included in his gaze. Her eyes flicked to mine. Ah. Not so confidant now?

“The vote is unanimous,” he said. “My apologies, Mrs Perkins.” He smiled at me. “What you have given us is perfect, not stodgy in any way.”

The crowd drew in a collective breath. Her shoulders slumped.

“I declare your entry to be Best Cake of the Show.” 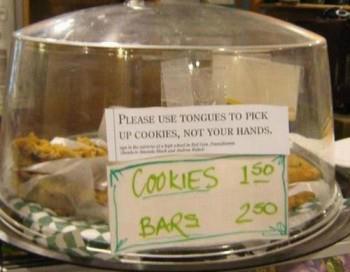 As a special treat for our Sultry Scribes readers, we are gifting you some delicious short stories from our members.

New stories will be posted each day leading up to Valentine’s Day.

All the stories feature a lovely chocolate rose.

We hope you enjoy them.